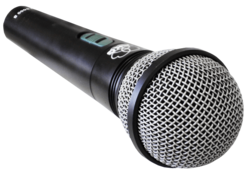 the hand held mics. I have just had good experience with them in

the past and I am very comfortable using them. I do own a lavalier

of my handheld dynamic mics. Perhaps if I were to invest in a $400.00 lavalier mic system my thoughts will change.

As for now I am sticking with the handhelds.

DECIDING WHAT TYPE OF CAMERA TO BUY FOR YOUR FILM PROJECT

over cable runs on the set. With this little rascal one can mount it on him or

herself or on a tripod comfortably far away from any cameras or cast members.

via the recorder instead of having to make these adjustments in post. As you can see by the image I decided to purchase the Tascam DR-40 which for me worked liked a dream and really saved me a bunch of headaches that I endured on my first film project. Never..ever record audio directly to your camera.

MIC PLACEMENT FOR SUPERB AUDIO FOR YOUR FILM PROJECT

He said never..ever record directly to the camera..TOO LATE I was already at the end or had completed my

very first major film project. Why did my film producer friend warn me about recording directly to the camera? I had a nice fancy camera with two XLR inputs I did  not see what the problem was. Then I began to

very expensive camera equipment. Believe me when you are recording with two cameras the audio cables

can provide a costly hazard. And of course as a novice film producer you NEVER want to record audio directly

to the internal mic of your camera. If you really want to turn fans and potential fans away from your film

project then record audio to the camera's internal mic. YUCK!

Of course if your camera has XLR inputs you as a brand spanking new film producer would never do this.

Having never attended film school nor taken any film courses or related courses I had to learn the hard way.

pain staking hours to go back and correct them. A lot of these headaches would have been avoided if I had

purchased a portable audio recorder. At the start of my second major film project I did just that. 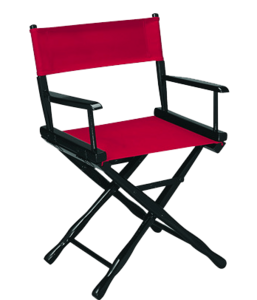 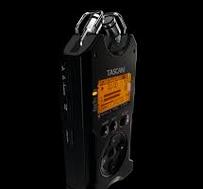 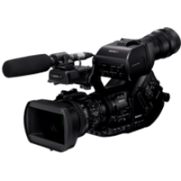 Twenty or thirty years ago starting one's own film production company would have seemed like a huge undertaking. However with the innovations in technology and the coming of the digital age and the

internet what once seemed like a huge mountain to climb has now been reduced to a mole hill.

Anybody who has the tech savvy, a burn to learn and the talent to create can be well on their way to

fulfilling and rewarding career in the film industry.

The basic gear that one will need no matter the size of the company that one has in mind is a camera,

a portal recorder and lights. Of course a budget will need to be thought out and put in place as well.

I was pretty much at liberty to spend as much as wanted based on those profits. With that said I located

and a GoPro. I did not purchase a portable audio recorder until my second film project.

for a studio and if one plans to interview and audition cast members. On the other hand an office/studio

is not needed if the film producer does not plan to use the studio for filming and interviews.

Depending on where one lives..one can research and find film production companies or studios who

frequently rent their spaces on an hourly or daily schedule. I have found this to be the cheaper and more

economical of the two based on what your needs are. That is pretty much it in terms of getting one's

film production off the ground and running. I hope this little bit of information helps an aspiring, blooming

and entrepreneurial film producer who is looking to make a big SPLASH in the big POND of film producing.

As my mama used to say, "Son, experience is the best teacher" and with that said that leads me into my next topic

which is proper mic placement for superb and professional sounding audio that will bring your film project to LIFE!

film production company and on location every weekend. I watched lots of youtube tutorials on proper mic placement

for superior sound and I even invested in a top of the line shot gun mic to achieve these ends.

My only problem was that my mic placement was too far away from my subjects in many shots. My thinking was since the mic was so sensitive even at a far distance and my subject's voices sounded clear coming through my headphones I just knew I was good to go. Add to that I did not have to worry about the mic being accidentally dropped into the frame.

When it came time to edit those scenes and I really needed good quality audio...it just wasn't there. No matter how much I tweeked this and compressed that my mic placement decisions had come back to haunt me BIG time and there

was no way around this. With that said..I had to bring in some cast member to overdub their scenes in order to

Did I learn from this horrific experience? Well..at the start of my next project your boy made sure that the mic was

fix it or enhance it in post. Some 'kats' prefer to use 'lav mics' for certain scenes but I found that even for those type

of scenes the shot gun mic worked and sounded the best for me. To each his own as they say. 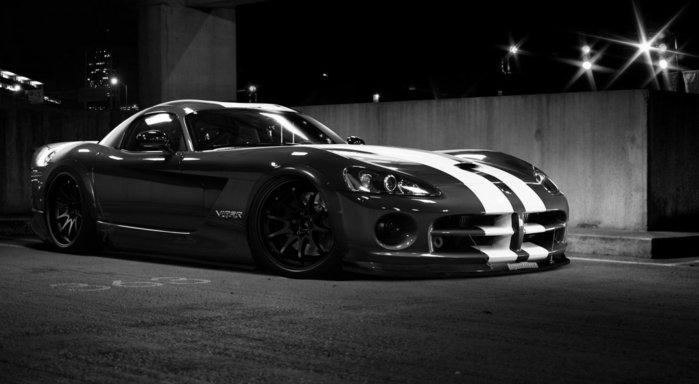 HOW TO START A FILM PRODUCTION COMPANY

Deciding the type of camera or cameras to buy is simply a matter of taste and what you as a freshmen film producer is trying to accomplish. DSLR and 4k cameras with optimum zoom capability seem to be the 'rage' of today.

cameras that would help me get the shots that I wanted. Since I knew there were going to be a lot of 18-wheeler interior

and exterior scenes to be shot I opted for the GoPro HERO 4 which was the rage back then. I also knew I wanted to film

However..if you choose to buy two or more cameras check to ensure that the focus is the same in all the cameras.

My experience was just that..two cameras..one with perfect focus and the other that needed to be sent back to the

factory to be re-focused. This is NOT a situation that you want to be in especially if you are on a timeline and need to

all of my shots. It may have taken a little longer to film but I could rest easy knowing  that all my frames had the exact same focus. Just something to consider if you plan on buying more than one camera when you really don't need to.